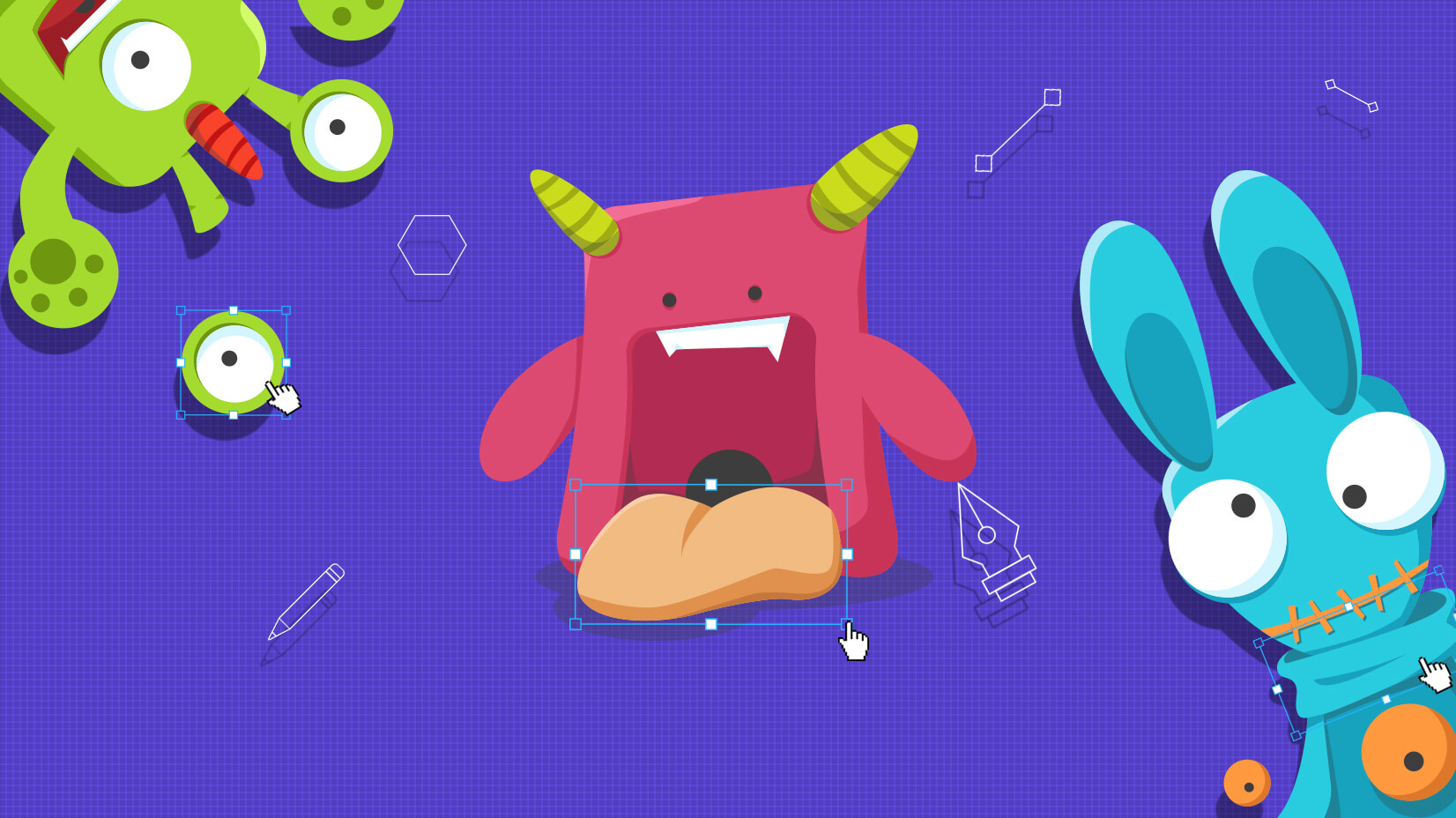 No matter if you have been mastering vector art for quite a while now, or you have just started learning the ropes of creating vector cartoons, a useful step-by-step character design tutorial could come in very handy to help you learn new techniques and practice your skills.

In today’s post, we’ve gathered together a bunch of awesome cartoon character tutorials, all created and well explained by professional artists in the creative field of designs and illustrations. So, just sit back comfortably and check out this great collection which will fuel your day with a lot of inspiration, motivation, and wisdom. Let’s get started! 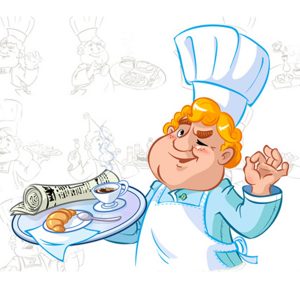 This vector art piece by a talented Russian artist will certainly throw you in at the deep end, especially if you are a beginner at illustrating. Don’t worry though. The process of turning the chubby chef cartoon character into a vector is very well explained. The illustrator even reveals some of the communication between her and the client during the creation. Check it out yourself! 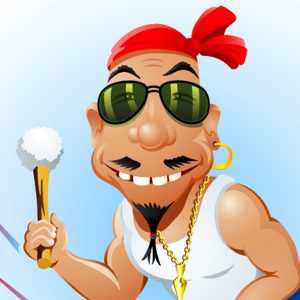 The author of this character design tutorial will teach you how to make a vector drummer with linear and radial gradients. For the creation of this cool cartoon guy, you will also be using the Pen and Blend Tools, as well as the Art and Pattern Brushes. To make the whole process easier, this illustrator used VectorScribe Plugin, so check it out to learn some new techniques. 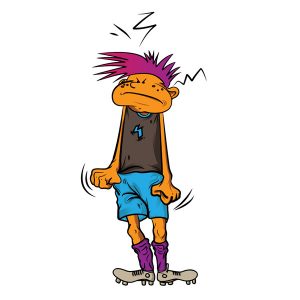 Line art is a design style that simply never gets old. This tutorial covers the essential steps you need to create a colored vector cartoon character with expressive thick lines and including shades. You can also experiment with body colors and forms so that you can finally come up with your own unique vector cartoon guy that looks like he has just stepped out of a world-class comics book. 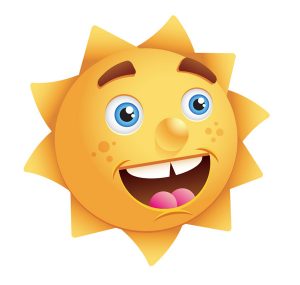 Tools: Adobe Illustrator CS4 or other

A tutorial of an adorable sun vector cartoon character illustrated with freckles and cute facial features. The creation of this cheerful sun character should take up to an hour. In case you are a beginner, maybe you should put aside some extra time since this guide’s difficulty classifies you as intermediate. The good news is, that you can apply the skills you learn to many other projects! 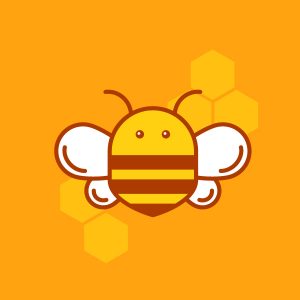 A vector cartoon character design tutorial of a super trendy flat geometric yellow bee. Head over to this guide if you want to learn how to handle the Direct Selection Tool and Live Corners feature of Illustrator. The tutorial will teach you how to use simple geometric shapes, apply strokes and modify objects. To juice it up, at the end you will see how to add a simple background with combs. 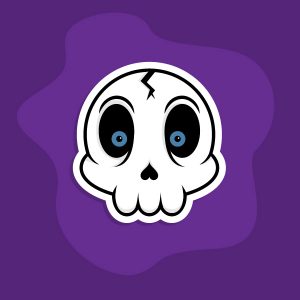 If you want to familiarize yourself with the pathfinder window and practice your skills with the Shape Tool and Pen tool, then this is the right tutorial for you. Not to mention that you will end up with a super cool design of a skull vector cartoon character which can easily be used as a sticker. Don’t waste a minute, go ahead and check out this awesome tutorial! 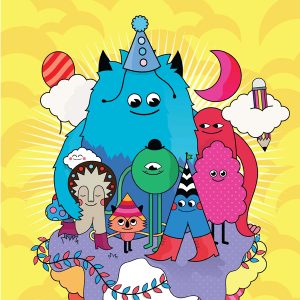 Learn how to come up with a beautiful vector composition of colorful peculiar cartoon characters. This super useful tutorial will teach you how to create smooth angles by skillfully controlling vector paths. This creative guide contains all the steps necessary to convert your initial sketch drawing into vector art and also covers the adjustments of depth, covers, and compositions. Enjoy! 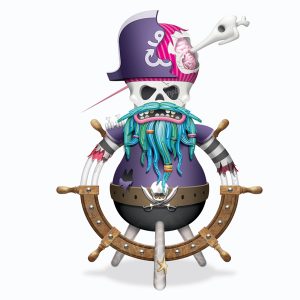 How about learning an awesome new technique to create a vector cartoon character appearing to be 3D but actually being 2D? Well, this character design tutorial is all about teaching you some basic tricks of how to fake the 3D effect by using traditional techniques. Eventually, you should end up with a semi-realistic vector character looking like a pirate captain zombie skeleton. Exciting! 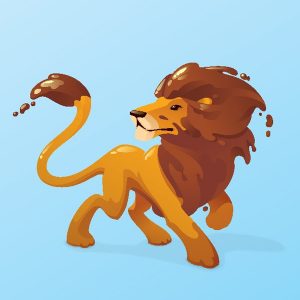 To learn the ins and outs of creating vector artwork in Illustrator, head over to this great tutorial written by a pro. The artist explains the process of creating a cartoon character from the very beginning. He demonstrates how he explores the different postures and styles by using simply paper and a pencil. Then, he vectorizes his creation with the help of Pathfinder functions and layered vector shapes. 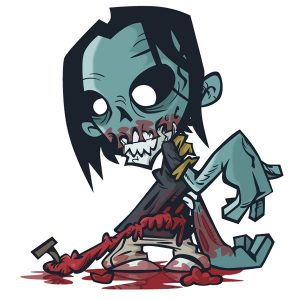 A character design tutorial that will awaken your dark side and will teach you some valuable lessons about creating vector art. This freakish zombie is created in Adobe Illustrator and covers all the steps you need to eventually come up with this outline undead creature. This tutorial certainly gave us goosebumps. Ready to go all the way from sketch to vector? 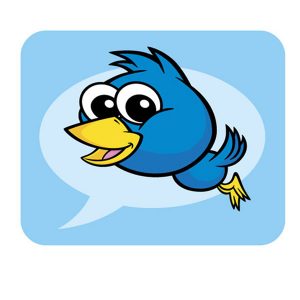 To create this cute vector cartoon bird, you will need to have some basic knowledge of Adobe Illustrator, as well as a bit of previous experience with the Pen tool and some other vector tools. So, roll up your sleeves because by the end of this character design tutorial you will have learned how to create a clean cartoon-style vector illustration, yet have a hand-drawn look. 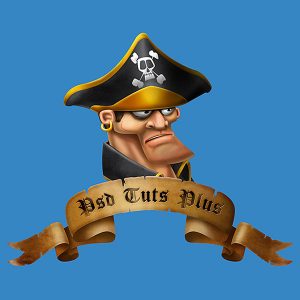 The author of this tutorial starts by drawing a sketch of a tough-looking pirate character but you are more than welcome to come up with your own unique sketch of a pirate, and then scan it to your computer. For this guide, you will need to have some drawing skills and Photoshop, so fuel your creativity and go create an awesome pirate character. 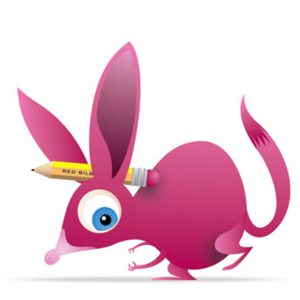 This character design tutorial does not only cover all stages of the process of creating a cute vector mouse but it also comes with some very useful and practical tips, such as – you never know a brilliant idea will pop up in your head, so you should always carry a small sketchbook with yourself to record that moment of inspiration. 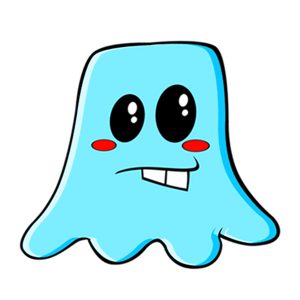 Most of the tutorials start by sketching a character simply by using a pen and paper. This one is no exception. The author of this quick guide vectorized a cute cartoon ghost character that he named ranran but you can go with whatever creature you want and it should work out just fine. Then scan the sketch into your computer and work your magic by using Photoshop. 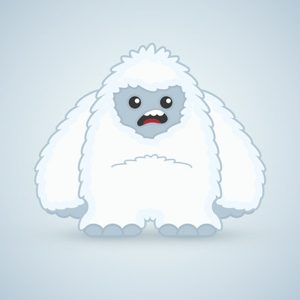 A character design tutorial covers all kinds of Illustrator tools and techniques: from intermediate to advanced, so if you decide to check this one out, you’ll have a high chance of learning something new today. This guide goes through the process of creating a friendly and lovable vector cartoon character Yeti by using many basic shapes and a palette of cold colors. 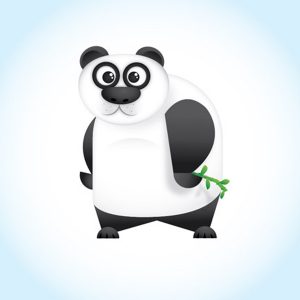 A tutorial on a cute-looking panda character might be a great place to start practicing your vector design skills if you don’t have the time to draw a sketch with a pencil. The creation of this cartoon character starts with a series of nice shapes put together in Adobe Illustrator, which lay the foundations of your vector masterpiece, later to be enhanced with gradients and colors. 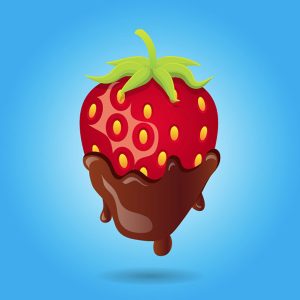 Well, this tutorial certainly made us drool! Learn how to create an irresistible chocolate-covered vector strawberry with Illustrator. Being of advanced difficulty, this tutorial should take up to half an hour and it also covers a wide range of tools, such as using a custom art brush, the pencil tool, the pathfinder panel, the gradient panel, and the ellipse tool. 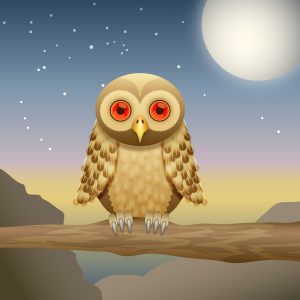 Sometimes creating a vector cartoon character itself is not enough to correspond to all marketing needs. Learn how to enhance your illustration with a beautiful background. This character design tutorial will teach you how to create a vector owl perched on a branch, illustrated on a dusk scenery background, by using a palette of warm colors that is easy on the eye. 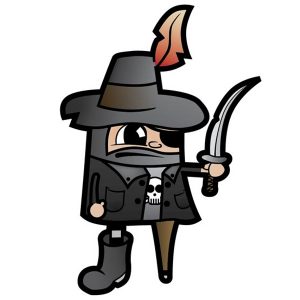 Learn how to create a colored outline vector cartoon character in Adobe Illustrator. You don’t need to draw exactly the same pirate illustration though. Simply start off with a pen and paper and feel free to use your imagination. Then scan your drawing into your computer and follow the steps to come up with an awesome pirate character in a vector format. 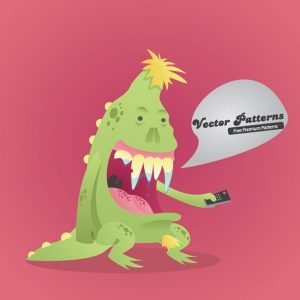 As most tutorials require you to start off with a pencil-on-paper drawing, this one here will guide you on how to create a weird-looking monster vector character by simply using Adobe Illustrator. Feel free to alter the look of this extraordinary guy according to your taste. All steps of the process are very well explained but it is advisable if you have knowledge of the basic drawing tools. 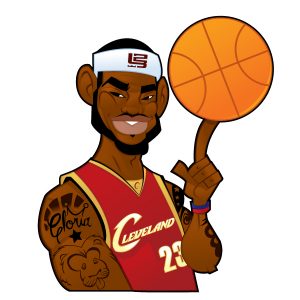 The author of this vector cartoon character is a freelancer who has created a lot of illustrations for magazines, skateboard decks, and packaging. Having plenty of experience behind his back, this guy will teach you how to turn a sketch drawing into a vector artwork mostly by using shapes in Illustrator. So, if you are not a fan of brushes, maybe you will find this tutorial super useful. 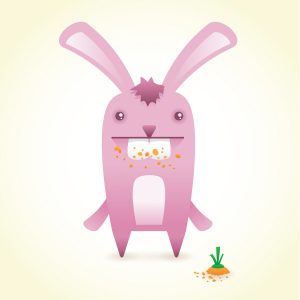 Not all tutorials assume that you have advanced drawing skills. This cartoon character design tutorial of a cute pink bunny is the perfect opportunity for you to learn how to create vector art even if you are not much of an artist. To achieve the cute look of this fella, you will be using simple shapes and gradients. These techniques can be easily applied to other characters later. 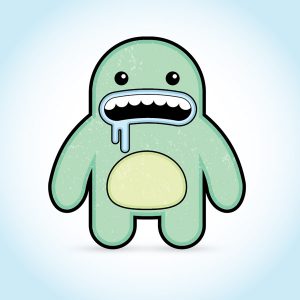 If you are familiar with the psychology behind the vector cartoon characters’ designs, you must know that rounded shapes give the drawn fella a friendly personality. In this tutorial, you will learn how to create a friendly-looking monster by using basic shapes and then tweak them into recognizable features by using a variety of tools in Adobe Illustrator. 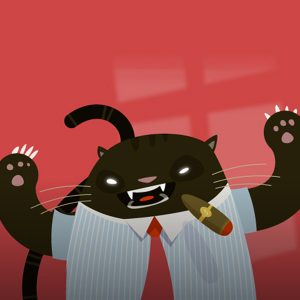 This vector cartoon character is quite far from the definition of cuteness. However, the tutorial that it comes with will be quite helpful for you if you are on a steep learning curve for creating vector artworks. This step-by-step guide requires intermediate knowledge of Illustrator. It also provides some valuable tips about the actual drawing before you start vectorizing it. 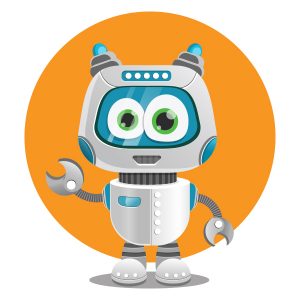 A tutorial of a cute robot character that comes with a freebie in the end. This tutorial will teach you how to use Illustrator’s fundamental tools, such as the Ellipse and Rectangle tool, the Shape Builder tool, the Selection tool, and more. In addition, you will learn how to use basic shapes, gradients, transparency, etc.  Being conveniently arranged in steps, this tutorial is great for beginners, as well. 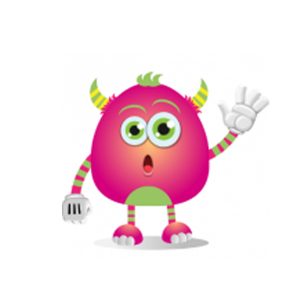 A step-by-step tutorial, suitable for beginners. You will learn a lot about Illustrator’s basic tools and valuable techniques in creating a character. The tutorial includes plenty of screenshots of each step so you will find it super easy to complete it. Even if you don’t manage to come up with the character yourself, you are given the opportunity to download this cute monster at the end of the tutorial.

There are plenty of awesome tutorials out there that will help you master your sketch-to-vector skills. Nobody was born a professional, so all you have to do is keep practicing, constantly challenge yourself, and you’ll become better at this. Who knows, the next time we might have shared your own tutorial here. Good luck!

You may also be interested in some of these articles: