Want to become a master in Adobe Character Animator? Great! We’ve gathered some useful video tutorials for beginners that will quickly get you acquainted with the software!

So what exactly does Adobe Character Animator do? It is software that uses your expressions and movements to animate characters in real-time. You can import art from Adobe Illustrator and Photoshop, create your own with the Puppet Builder tool, or start with built-in character templates. In these tutorials, you will learn the basics of the software so at the end of this article you will be able to create professional-looking animations with puppets all by yourself. Sounds fun? Let’s begin!

Do you know What You Can Do With Adobe Character Animator? Check out these Amazing Examples.

This tutorial will help you get started with the program even if you’ve never used it before and is certainly a great starting point if you are taking your first steps in creating a basic animated character.

The video covers points such as setting up the software, importing a ready-built puppet or making a new one with puppet builder, working with the rig and scene modes, body tracking, customizing the level of expressiveness and behavior, and the overall appearance of the character in Photoshop and recording your first animated video.

It also touches briefly on topics like the audio visemes and features the software offers.

A complete guide on working with Adobe Character Animator that will help you learn the interface, import a custom puppet or create your own, set a scene, import a background, and more. 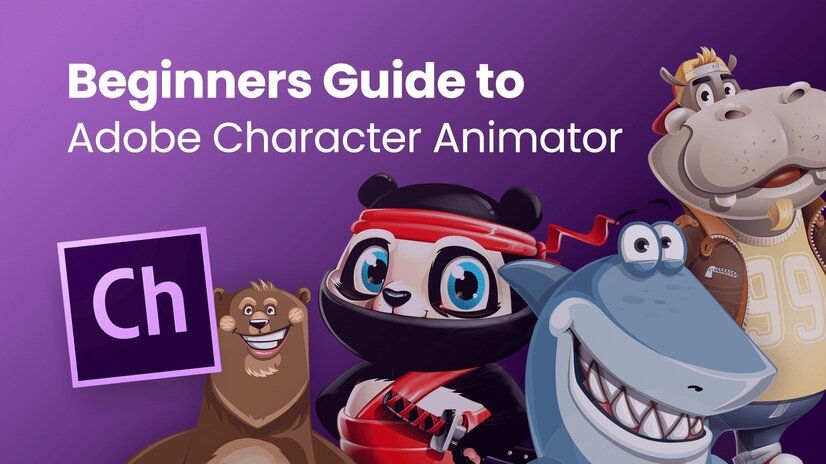 The latest new feature of Ch Animator is the “Starter Mode” – a free, beginner-friendly version of the animating software with some limitations (but it is a great option to test the software). With this tutorial, you can start using the software for free and create simple animations.

This hour-long step-by-step guide is an absolute treasure for beginners and it keeps things really simple – you don’t have to be a Photoshop expert or have any animation skills at all, anyway, you can learn the basics of Photoshop with these easy tutorials.

It takes you through customizing a blank example template and turning it into a new female character replacing the different parts of the puppet – mouth, eyes, hand triggers, physics-enabled hair, basic arm structure, and more.

The topic covered by this tutorial is similar to the previous one, only the software used here is Adobe Illustrator, which is what we actually use to create our puppets as well.

The creation of the additional robot puppet shown is a bonus you get in this video, so we believe this would be an interesting tutorial for users of all levels.

The Puppet maker is a build-in tool in Character Animator, with which you can combine hundreds of elements – faces, eyes, mouths, haircuts, clothes, etc. in order to design a customized puppet. Currently, there aren’t so many styles to choose from, but we expect them to grow in the upcoming months, so this feature will become even better.

If you feel limited with the available styles, you may also browse these great free puppets for Character Animator.

This tutorial walks through the steps required to make an advanced puppet, like “Sirr” – a different arm structure than usual, all of the different mouth sets for his happy and sad expressions, his fur that wiggles and different replay poses.

The video also covers how to make a funny 10-second deep trigger system with marshmallows that catch fire and burn, all with a click of one button.

This is a very comprehensive 2-hour long course, divided into 8 parts and it goes deep into every stage of the process of creating a cool animated “explainer” style video with a cartoon narrator character – from writing a script and recording it, to animating keyframes and link everything together and composing it in Adobe After Effects.

The different parts of the tutorial use different software like Audition to edit the audio, Adobe Photoshop to build the character, Character Animator to rig and animate the puppet and Adobe After Effects to finally composite everything together.

This tutorial provides some great tips and tricks with the Walk behavior which lets your animated characters walk, slump, sneak, run, and more.
The video focuses on the differences between simple and three-view walk rigging, shows techniques for making the background and foreground move, and then goes through a step-by-step process of rigging a PSD file to get it up and running (literally!).

In this really useful tutorial, you will learn how to rigg the character for the body tracker function and enable it in Character Animator, how to use it in while recording, plus some nice tips and tricks you need to know while working with this feature.

Adobe Character Animator allows you to record different character performances using your face and other inputs as simple as pressing the red record button.
This tutorial digs a little deeper into the best techniques for recording and editing, such as arming & disarming behaviors, blending multiple performances together, and perfecting lip sync tracks.

12. Make LipSync based on Transcript

LipSync can be really exhausting sometimes with all the synchronization issues that may appear. This tutorial will come in handy to understand how to fix issues and make the lipsync of your puppet look perfect.

This is an interesting tutorial that will be useful to users that would like to learn how to build and stream a live animated character on sites like Twitch, YouTube, and Facebook.
The video provides tips on making a dynamic and easily controllable live stream worthy character and how to customize and find suitable tune streaming software.

This guide to the Auto Swap function is great! You will master the hand movement and you will be able to create professional-looking animated videos.

Rigging a character can sometimes be a difficult task. This is why we chose this video as it goes into detail about how to use the Rigging Issues panel – a helpful tool that will analyze your puppet for common issues and guide you through how to solve them. It is great if you’d like to learn about this new feature while fixing stationary and walking versions of a broken puppet.

16. How to Work with Keyframes in Adobe Character Animator

One of the best features of Adobe Character Animator is the performance capture element. Sometimes, however, you may want a little more precision with your animations and here keyframes come in handy. They allow more control over specific parameters like position, scale, rotation, and more.

This tutorial goes through the basics, teaching you how to set up and edit a set of simple keyframes, and finally showing you an example of keyframed replays and triggers added to the Schizzler the alien puppet.

At first, creating your own animated character may seem like а complicated mission, however, these tutorials are a good starting base for beginners who would like to take the first steps to creating animated puppets from scratch. Have fun with it and unleash your creative side!

Anyway, if you want to skip the process of creating a custom puppet, you can browse these 100+ premade free and paid Character Animator puppets. 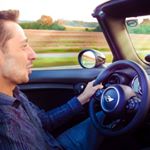 Lyudmil is an avid movie fan which influences his passion for video editing. You will often see him making animations and video tutorials for GraphicMama. Lyudmil is also passionate for photography, video making, and writing scripts.