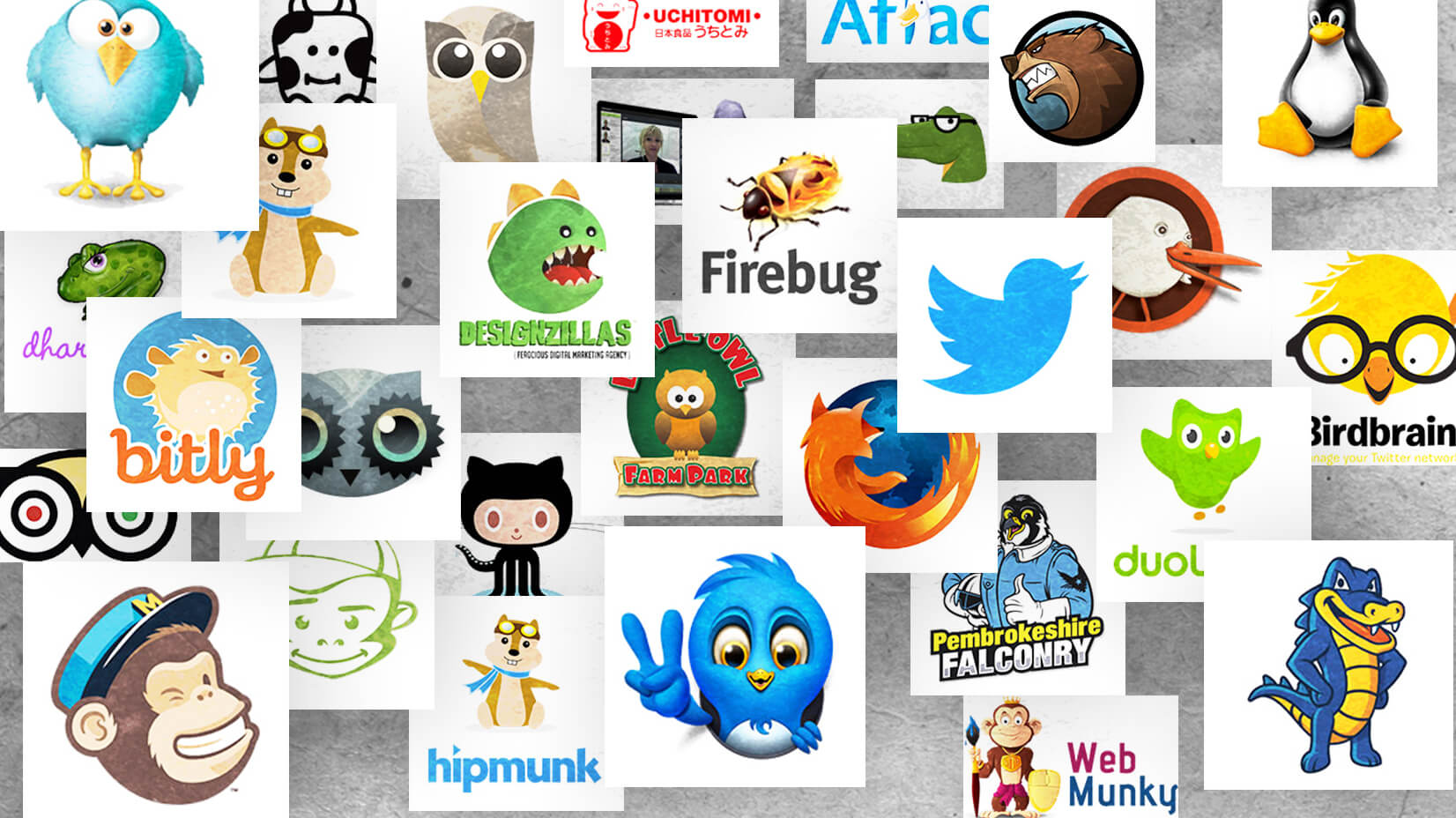 Laying your odds on a brand cartoon character gives you a high chance of winning your audience over. Being such a powerful branding strategy that has proven itself to deliver results, many companies have taken advantage of it and are now enjoying incredible results. For some companies, integrating an appealing cartoon character into their overall business strategies has paid off way more than they expected. Check out some of the most successful examples of animal brand mascot designs on the web and a lot more rising stars who are yet to gain popularity. Let’s get started!

An extremely popular monkey character, often given as an example of a successfully established brand cartoon design: Freddie the MailChimp mascot!

This friendly chimpanzee as a symbolism of playfulness conveys the feeling that MailChimp is easy and fun to use. His overall look, being dressed as a mailman, is not only super unique but it clearly speaks a lot of what the company does. Well done!

The penguin character Tux, the widely recognizable cartoon character of Linux, has been an integral part of the brand’s presence for many years now. It was not until recently that the brand redrew its iconic animal brand mascot into a more modern cartoon character design and gave it a crystallized look.

But what’s the idea behind a penguin character, anyway? May be hard to believe but this cute animal has a deep symbolism actually.  On the one hand, it means being loyal for a lifetime. On the other, it conveys the idea of diving into the deep and exploring new possibilities. Clever, right?

Having gone through a lot of transformations, this adorable animal brand mascot has finally appeared in a super clean cartoon character design which the company considers “simple, reliable, and confident”. Being widely known as a bird conveying knowledge and wisdom, the Hootsuite’s owl is also “lively, witty, and highly engaging”. Combined with the purpose behind the design, this covers pretty much everything you would want from a brand cartoon character, right?

A bit weird but absolutely unique, GitHub’s brand cartoon character is a combination of two entirely different animals: a cat and an octopus, thus gaining the one-of-a-kind name: Octocat!

This new adorable animal creature is actually a great representation of two things. Firstly, it conveys thinking outside the box. Secondly, it represents the actual complexity of code combinations which lead to awesome inventions. Impressive, isn’t it?

Turns out, an owl is quite a popular choice of an animal brand mascot since it comes with a lot of deep meaning. TripAdvisor went for an owl as their brand hero for several reasons hidden within the design of itself.

The popular travel web platform took advantage of the most obvious connotation the owl conveys, i.e. wisdom, meaning this company is reliable and provides solid advice. Many of you may have noticed that they also designed this wise bird with binoculars, one being green and one being red, symbolizing the places travelers choose to visit, and the ones they don’t. So clever that we didn’t see it coming, either!

A quite unusual but very distinguishable animal brand mascot is Hipmunk’s chipmunk. The travel agency’s choice of a brand spokesman is not only a symbol of practicality and playfulness skillfully combined. The brand involved their furry cartoon hero in their marketing messages, as well! “Don’t let planning travel drive you nuts” is a fun, unique, and certainly catchy phrase and it also reminds us of the nut expert, the chipmunk.

Who would have thought that a reptile character could make such a successful brand cartoon spokesman! Typically being a symbol of strength and power, HostGator’s alligator also conveys trust, honesty, and loyalty due to his blue color.

HostGator is a great example of a brand that has managed to deeply incorporate its cartoon character into its overall presence, starting from the brand’s name itself and spreading to all their marketing activities, in which their blue alligator always takes up the lead role.

Probably the most recognizable animal brand animal character on the Internet: Twitter Bird!

Being transformed several times throughout the years, this super famous blue bird now appears in a flat style and modern clean shapes. According to the company, their choice of a flying bird cartoon design is more of a “representation of freedom, hope and limitless possibility” rather than the tweeting sound that birds usually make. Either way, they nailed it! This cute little birdy as a symbolism of freedom provokes an instant recognition of the company, regardless of whether the “Twitter” name is actually mentioned or not. Awesome job!

A one-of-a-kind duck cartoon character design that became the trump card Aflac played to raise its brand awareness to the sky. Due to the huge success that this domestic bird character brought to the company, they even decided to incorporate it in their logo several years after the insurance company was launched.

Quite an unconventional choice of an animal brand mascot but let’s dig deeper and see what it means. Not only that the duck a symbol of luck, but it also conveys awareness, nesting, and calmness. What else would an insurance company want to be related with?

An extinct one but still counting as an animal, right?

This digital creative agency chose a green cartoon dinosaur as a symbol of ferocious greatness, strength, and power. Being designed in the color of energy and freshness – green, this extraordinary animal brand mascot design conveys the feeling that these guys are full of amazing ideas and are powerful enough to make them happen. Sounds awesome for a creative agency, doesn’t it?

Another company incorporates an alligator as its cartoon brand representative. Not only that this company conveys mighty strength and power through their mascot, but the way the character is designed, i.e. with eyeglasses, clearly speaks of competence, knowledge, and skills. Just the right qualities that a potential client might be searching for!

A fierce bear as a brand cartoon representative? Why not if you want your cartoon character design to convey the feelings of strength, confidence, and determination. This is exactly what Ferocity 2D went for. They even animated their brown bear enhancing it with a fearful roar, thus making it look unbeatable and powerful – exactly the way a gamer would want to feel when they are playing a game.

You get the idea, right? Something as simple as an animal brand mascot can absolutely stack the cards in favor of your business. Simple strategy, yet well thought out and full of meaning. There are numerous more examples of brands that chose an animal as a mascot and nailed it. Here is a small portion of them:

Hope our 30 brand cartoon character designs did not only provide you with your daily dose of inspiration but they’ve also given you food for thought. Going for a cute animal brand mascot yourself might be just the last piece of the puzzle your brand strategy has been missing to complete the full picture and start delivering results. It has certainly worked for all these companies, so maybe it’s worth giving it a shot.
If you crave even more inspiration for mascot designs, maybe you should check out our collection of 21 most famous brand mascot designs of all time, or maybe the best character illustration examples and ideas. Enjoy!